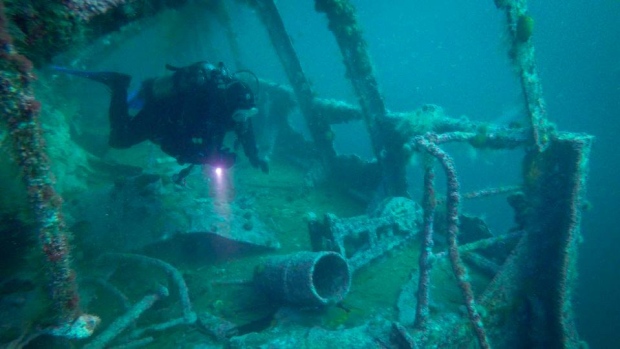 A group of researchers will explore the underwater battlefields off the coast of Bell Island, to try to uncover more about what happened when four ore carriers were sunk off Newfoundland by German U-boats in 1942.

Rees told CBC Radio’s St. John’s Morning Show he will use forensic analysis — similar to methods employed by crime scene investigators — to learn about the tactics used by the Germans and piece together how the attacks unfolded. 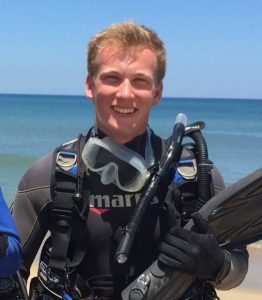 The SS Saganaga and SS Lord Strathcona were struck by torpedoes on the same day, Sept. 5, 1942. The SS Rose Castle and the Free French Forces vessel PLM27 were hit later that year. In total, 69 men were killed.

Rees said while many divers have explored the Bell Island wrecks, his archeological study will include the use of sonar to map the area and also determine the rate of deterioration of the vessels. 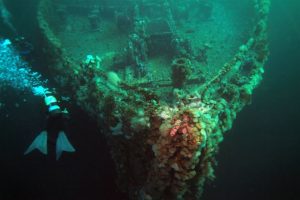 He said the site is popular with recreational divers because many artifacts are still where they were when the ships went down.

“The cartridges of ammunition are there and you can see the bullets, and the brass is still shiny, the rifles that the men had on hand are still there laying on the deck, the toilet seat is still left up.”

Rees has a personal connection to the project. His family is from Bell Island, and his great-grandmother was living in a white saltbox house in Lance Cove when the attacks happened. Her brother rowed out in a dory and rescued men that had been thrown into the icy water.

“They were beat up or drowning. He hauled them out of the water and then brought them into the house where my great-grandmother Emma was able to provide first aid,” said Rees.

“My grandmother, [who was] eight or nine years old, she remembers the number of men that were strewn around the house, in the living room, in the kitchen, and just going around to each of them making sure they had water. If they were bleeding, it was tended to.” 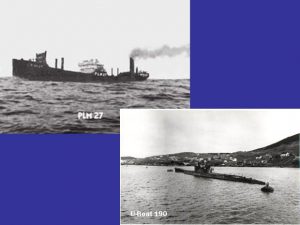 That personal history has drawn Rees to learn more about the shipwrecks, and he said diving on them is a very intimate feeling.

“I almost feel a duty or responsibility to this part of history … to take what I’ve learned in university and bring that back and provide some contribution to sharing the history about the wrecks.”

History student Rebecca Smith and underwater archeologist Ken Keeping, along with volunteer divers from the Shipwreck Preservation Society of Newfoundland and Labrador, will be working with Rees on the 12-month project.

The team also wants to hear personal stories from other people who have a connection to what happened off Bell Island in 1942. If you have a story to share you can reach them at bellislandshipwreckproject2017@gmail.com.